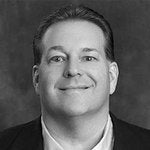 Mr. Barker has significant trial experience involving both jury and bench trials as well as arbitration proceedings. He has tried over 100 cases in federal, state and workers' compensation courts and has written and presented oral argument in both state and federal appellate courts. He handles many different types of matters including commercial and business litigation, employment law discrimination and compliance, premises liability, personal injury, medical malpractice, products liability, and class actions. Mr. Barker has been awarded the highest possible rating of "AV" by Martindale-Hubbell, the preeminent, national directory of attorneys, and he has been selected as a member of Florida Super Lawyers in the areas of Business Litigation, Civil Litigation, and Employment and Labor Law.

Mr. Barker has lectured on numerous topics including employment rights, law enforcement, personal injury settlements and ethical claims adjusting. He was also certified as an Instructor for Workers' Compensation Adjusters by the Florida Department of Insurance in 1999.  Mr. Barker also serves as an expert witness in both state and federal courts regarding issues of attorneys' fees.

In April of 2008, Mr. Barker was appointed by Governor Charlie Crist to serve on the Judicial Nominating Commission for the Thirteenth Judicial Circuit, which assists the Governor in selecting qualified judges. He served a 4 year term through 2012.

Thank you for contacting us. We will get back to you shortly.

Please complete all required fields below.

Could Your Dispute Be Mediated?

Chris A. Barker is certified by the Florida Supreme Court as a circuit-civil mediator. He can bring parties together using mediation to obtain out-of-court resolutions which help litigants resolve their legal disputes in a cost-effective and efficient manner.

Based in Tampa, Mr. Barker conducts mediations throughout Florida and can conduct mediation conferences via Zoom for the convenience of all parties. Contact our office today!